Last weekend the details of candidates for the upcoming Australian Federal election were posted. Here’s a visualisation I’ve made of all the parties with group voting tickets for the Queensland senate. In general, parties closer together in the diagram give one another better preferences on the group voting tickets. 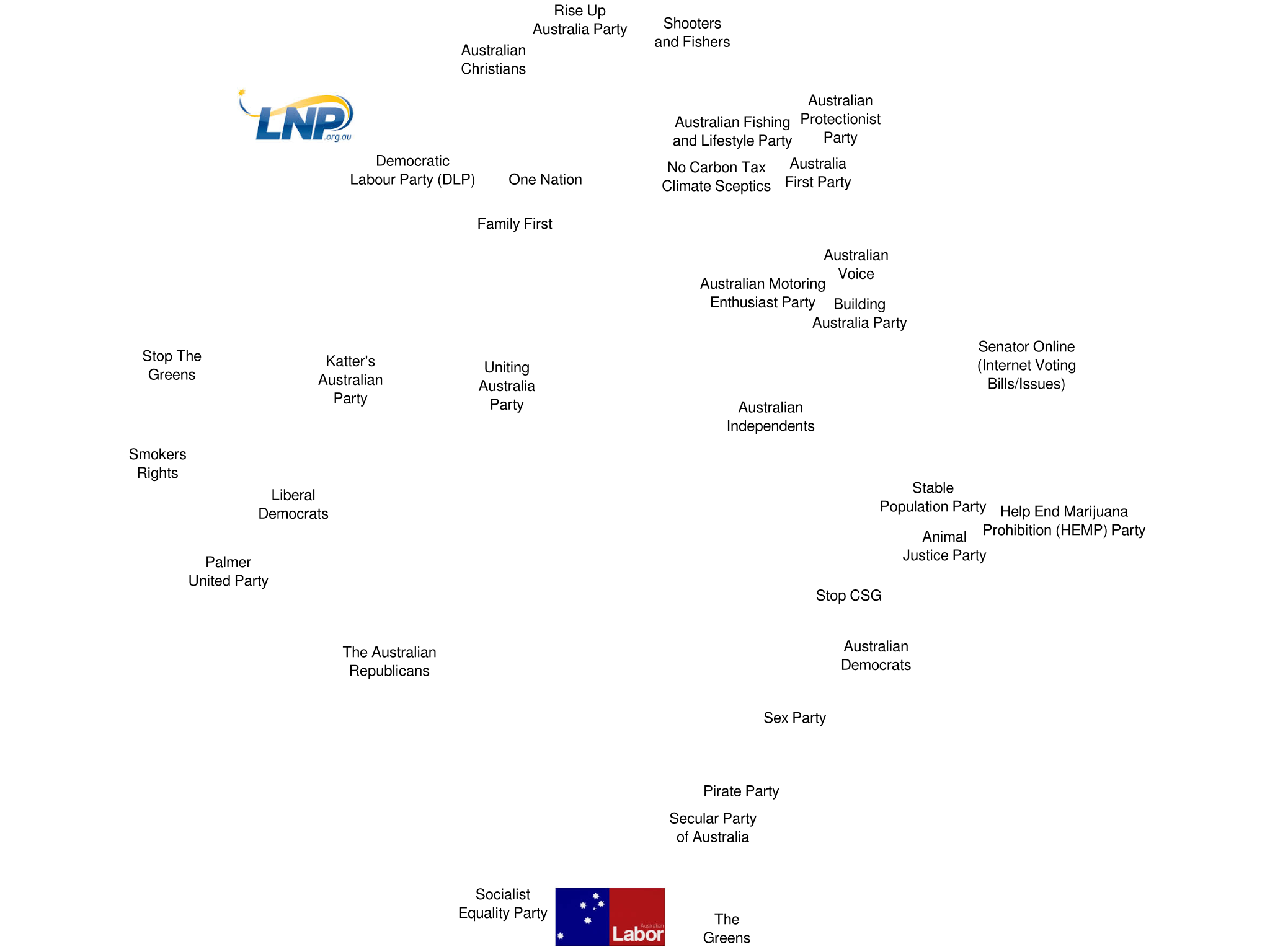 Where is the data from?

What metrics did you use?

What algorithm did you use?

I used simulated annealing to minimise the mean square difference between actual distance and ideal distance for each pair of parties. I then adjusted the visual by hand to avoid having parties whose names overlapped one another.