I recently spent 14 hours hacking on Trosnoth with a friend, and I thought I’d give you a taster of two things that are coming in Trosnoth 1.7…

The rules are a-changin’. People have suggested variations of this over the past few years. Have a look at the minimap below.

How come there are neutral zones in the middle of the blue territory? That, my friends, is what became of red zones that were cut off from the main red territory. Playing the Runner is now more difficult to achieve, but the pay-offs are much greater!

And in 1.7 we introduce a new game type. Witness the following screenshot. 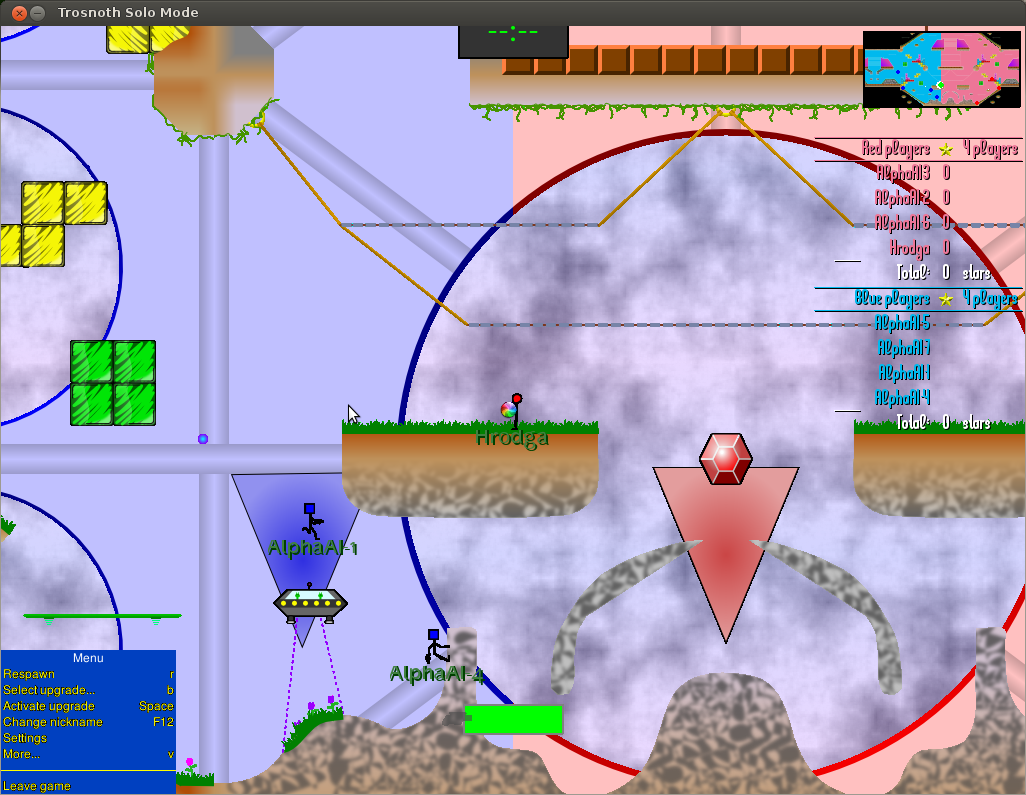 Why is this zone half owned by red team and half by blue team? All I’ll say is that’s not the mouse cursor that Hrodga is holding. Welcome to Trosball!

This entry was posted in short and tagged development, trosnoth. Bookmark the permalink.

One Response to Coming Soon in Trosnoth