I was inspired recently to write a computer program which draws pretty images. Here are a few screenshots. 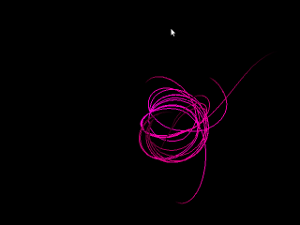 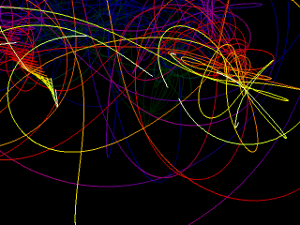 I have uploaded the code to bit bucket. If you have mercurial installed, you can get it by typing:

You will need to have python and pygame installed to run the script.

Settings to Play With

There are a few settings that you can tweak to get different visual effects:

This entry was posted in midlength and tagged art, beauty, colours, pygame, python. Bookmark the permalink.